The Display of College Treasures is an annual event showcasing a section of some of the documents and objects that represent Pembroke history.  The College Recorder reflects on the experience.

The College contains many treasures, some of which I have had, as College Recorder, the pleasure of exploring over the last six months. I am not someone who is particularly interested in history and I went through three years as a Cambridge undergraduate without being able to remember the date of my College’s founding and without anything but a passing interest in its history.  Now the year 1347 is branded into my memory, and I find myself strangely attached to the people of Pembroke past.

The first thing I did after finding out I would be working at Pembroke was to buy a copy of Aubrey Attwater’s Short History of Pembroke; a concise version of what would have been a major academic work had he lived to complete it.  Although much of the text consists of lists of names, I found myself charmed by the language Attwater uses, and the classically understated, British way in which he refers to past events, like Fellows who “died of eating too many custards”, and the “disturbance” the Black Death caused to the Foundress’ plans. 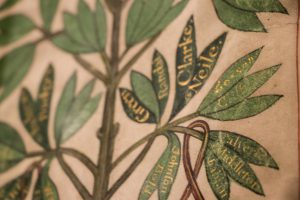 After I started at Pembroke I began featuring some portraits and looking into the history of the individuals; from William Pitt the Younger to Lancelot Andrewes, Valencians have woven themselves into history.  For the first time since primary school I found myself reading about the Tudors and the Civil War; I hadn’t realised before that the war had affected Cambridge so strongly, or that Christopher Wren’s first building – Pembroke Chapel – was the direct result of his Uncle, Matthew Wren, being imprisoned in the Tower. As much as I enjoy dramatized TV versions, it was somehow more personal to research the lives of Tudor Kings and Queens via Pembroke’s connection to castles that had played host to some significant moments of that era. 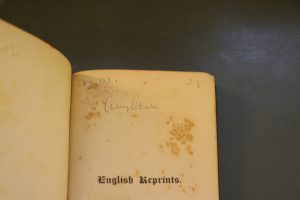 Aubrey Attwater featured again; reading through his notes in the Pembroke library I discovered that his early death was the result of a bullet received in the Great War (this disability was the same reason he built such an impressive personal library; unable to comfortably walk to the main library he collected his own in his rooms, which eventually became part of Pembroke’s) and that whilst a student here he had been part of an investigation into sightings of a ghost in Ivy Court.  These discoveries have all made me feel closer to the College in which I now work. 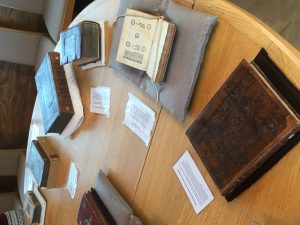 Attending the display of College treasures was similarly eye-opening. From Victoria Crosses to George Gabriel Stokes; from architect’s drawings to a recording of Ted Hughes reading one of his own poems, 'Go Fishing', the combination of historical value with College connection makes for an intriguing display. The section on Pembroke women is perforce far more recent history than one might like, but there is no way to learn from the past without honestly depicting and reflecting on it through archives like these.  The work done by our Librarian and Curator is a vital part of knowing Pembroke, whilst also providing items of genuine interest and value from various points in College history. An extremely worthwhile experience.