Pembroke has seminar rooms to seat 10 to 100 delegates which can be set up in a style suitable for the event.

Designed by Alfred Waterhouse, the current Hall was built in 1875-76. It consisted of a single room with an open timber roof. In 1926 the College decided to repeat what had been done to the Medieval Hall in the fifteenth century and remove the open roof, put in a flat ceiling and introduce two storeys of rooms above. All this was the work of Sir Aston Webb. Of note,the panelling found on the High Table dais dates from 1634 and was originally part of the College’s Medieval Hall. The Hall is suitable for dinners of up to 198 persons. 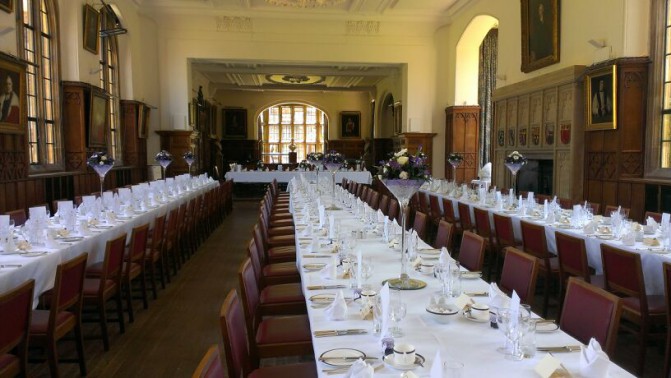 The Old Library, as we know it today, was formerly the College’s first Chapel, and dates back to the 14th century. Built on the original plot of land purchased by the Foundress between 1346 and 1363, the Old Library is one of the oldest and finest rooms in Cambridge. The Old Library is suitable for dinners of up to 70 persons. 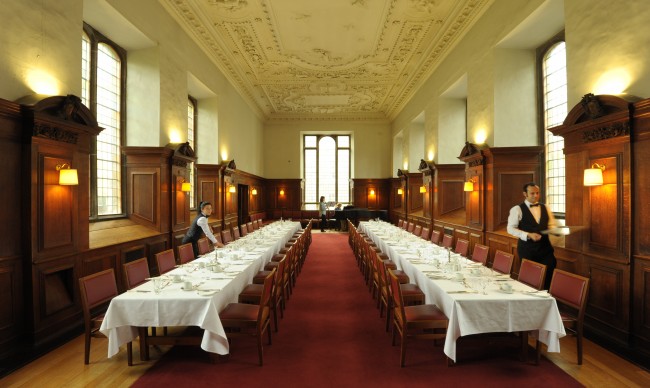 The Christopher Smart Room, to the east of the original Chapel, sits above what used to be the Vestry. Previously known as the President’s Room, it was most likely the Chaplain’s Chamber and features the remains of a window which once looked into the Chapel. The CSR is suitable for dinners of up to 10 persons. 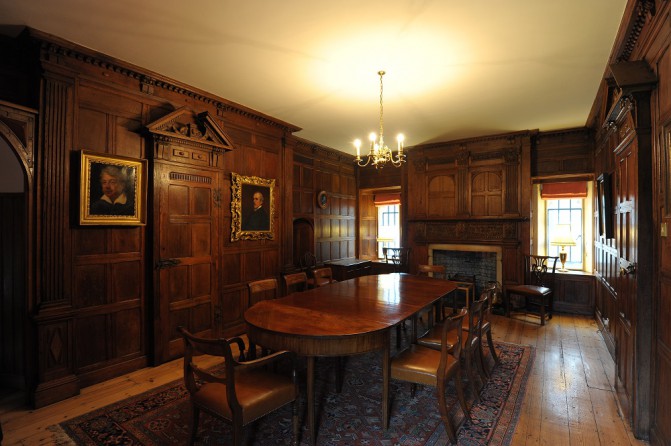 The Thomas Gray Room is located on the first floor of the Hitcham Building, on the south range of Ivy Court. Built in 1659, the Hitcham building marks the first instance in Pembroke of the Classical Style, which was soon to find full expression in Wren’s Chapel. The building was intended for the Master’s use with the large room at it’s west end leading into the former Master’s Lodge. This room, now called the Thomas Gray Room, was to be occupied by both Thomas Gray and William Pitt. The TGR is suitable for dinners of up to 14 persons. 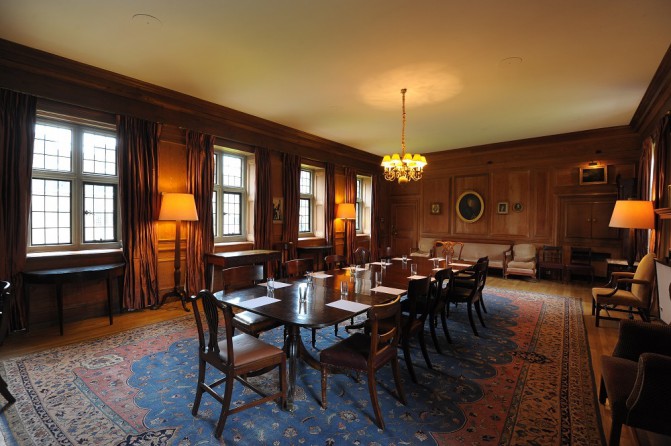